The Toolbox provides a single home for most of the developer tools that are built into Firefox.

There are a few different ways to open the Toolbox:

By default, the window appears docked to the bottom side of the Firefox window, but you can detach it if you like. This is what it looks like when it's docked: 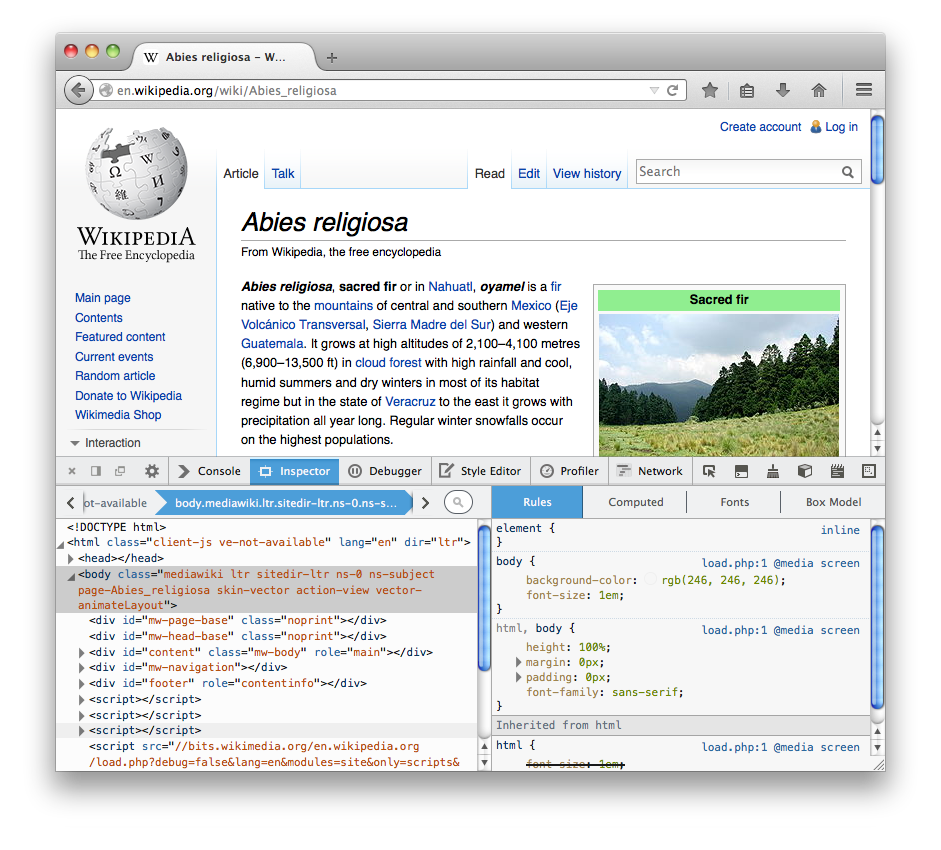 The window itself is split into two parts: a toolbar along the top, and a main pane underneath: 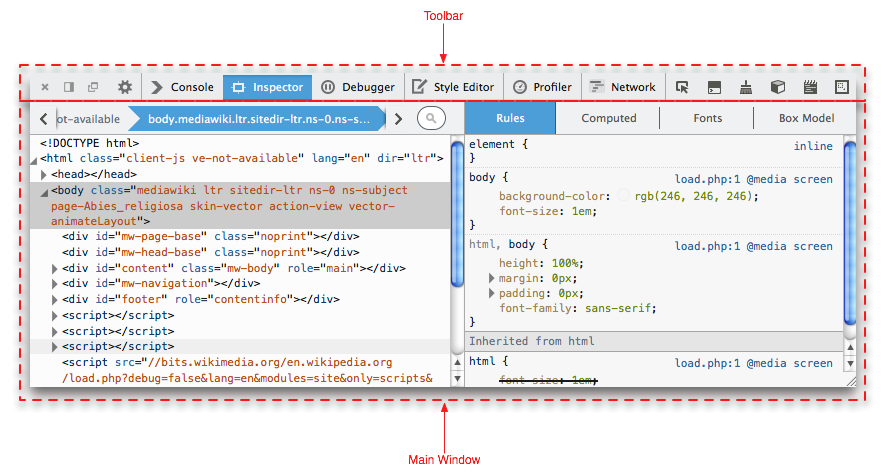 Note: Since Firefox 62, you can drag and drop tabs in the main toolbar of the toolbox to reorder your tools as you wish (bug 1226272).

By default, the Toolbox appears docked to the bottom of the browser window, but you can also dock it to the right-hand side of the window, or make it a standalone window, using buttons in the toolbar.

The toolbar contains controls to activate a particular tool, to dock/float the window, and to close the window.

On the far left there's a button to activate the node picker. This lets you select a page element for inspection. See "Selecting elements".

Then there is an array of labeled buttons which enables you to switch between the different tools hosted by the Toolbox. The array may include the following tools:

Next there's an array of buttons that can be added or removed in the developer tool settings. By default this array includes:

The following tools are not included in the toolbar by default, but you can add them in the settings:

Finally there's a row of buttons to:

See the separate page on the Developer Tools Settings.

The content of the main pane in the window is entirely controlled by, and specific to, the hosted tool currently selected.

These shortcuts work whenever the toolbox is open, no matter which tool is active.

These shortcuts work in all tools that are hosted in the toolbox.